Staphyloculus VR
Medium: HTC Vive Virtual Reality
Description:
A Virtual Reality experience that attempts to recreate the first known outbreak of Polywobbly Fervenitis. According to live footage found on the site in Joshua Tree, California, the depicted artist attempted to setup a complete VR rig under scorching sunlight. As suggested by the investigation, when the headset was exposed to the desert sun, its display had a chemical reaction that was somehow translated into a digital signal that started a computer virus. The computer virus, that had some kind of primal Artificial Intelligence, managed to mutate itself into a strain of bacteria, now known as Staphyloculus, that spreads through the use of Virtual Reality headsets. In this first incident, the artist was infected by the microorganism and after hosting it for a while, brought it back to Los Angeles and started the spread of Polywobbly Fervenitis. The ability of this sentient microorganism to freely transform from computer virus to real world bacteria has astounded the scientific community that is anxiously looking for a cure.

Self PortraitVR
Medium: Oculus Rift Virtual Reality
Description:
Self Portrait (Interior) is a guided tour inside artist Theo Triantafyllidis, showcasing some of his inner organs, thoughts, desires and fears. During the virtual reality tour, the audience is offered a series of paths and requested to make the most meaningful choices. Self Portrait (Interior) was commissioned by DiMoDa, a preeminent virtual institution and a virtual reality exhibition platform dedicated to the distribution and promotion of New Media Art. It was part of the VR group show Morphe Presence, showcasing artists Brenna Murphy, Rosa Menkman, Miyö Van Stenis and Theo Triantafyllidis. It has been exhibited in multiple locations, including Superchief Gallery in NY, the Satellite Art Show in Miami and the RISD Museum in Rhode Island. It has been written about on the creators project, fabbula , rock paper shotgun and kill screen. The full VR group show can be downloaded here.Morphé Presence was curated by Helena Acosta and Eileen Isagon Skyers. DiMoDA was co-created and directed by Alfredo Salazar-Caro and William Robertson.The version presented here includes a remastered version of Self Portrait (Interior), that works with the Oculus and the Vive, as well as in regular screens. It includes a deleted scene and a few new details.

Theo Triantafyllidis (b. 1988, Athens, GR) is an artist who builds virtual spaces and the interfaces for the human body to inhabit them. He creates expansive worlds and complex systems where the virtual and the physical merge in uncanny, absurd and poetic ways. These are often manifested as performances, virtual and augmented reality experiences, games and interactive installations. He uses awkward interactions and precarious physics, to invite the audience to embody, engage with and challenge these other realities. Through the lens of monster theory, he investigates themes of isolation,
sexuality and violence in their visceral extremities. He offers computational humor and AI improvisation as a response to the tech industry agenda. He tries to give back to the online and gaming communities that he considers both the inspiration and context for his work by remaining an active participant and contributor. He holds an MFA from UCLA, Design Media Arts and a Diploma of Architecture from the National Technical University of Athens. He has shown work in museums, including the Hammer Museum in LA and NRW Forum in Dusseldorf, DE and various galleries such as Meredith Rosen Gallery, the Breeder, Sargent’s Daughters and Young Projects. He was part of Hyper Pavilion in the 2017 Venice Biennale and the 2018 Athens Biennale: ANTI-. Theo Triantafyllidis is based in LA. 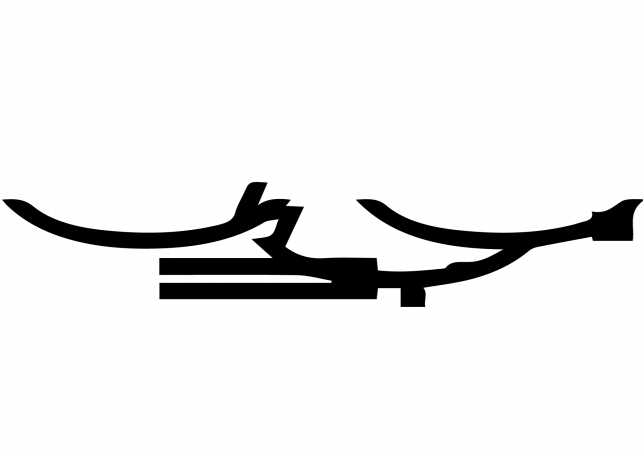 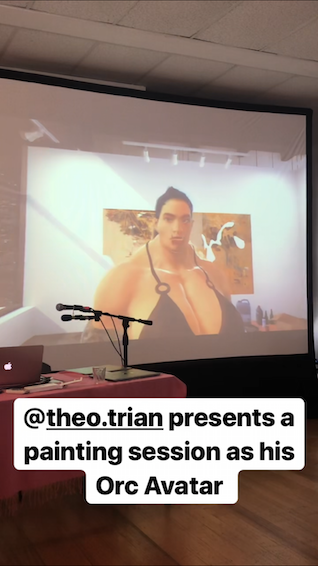 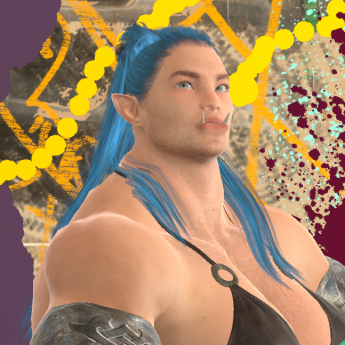